18th birthdays call for a bit more effort in a birthday card. I was looking for something different and turned to Splitcoast Stampers for some inspiration. The first thing to catch my eye was a project from Mary Deatherage using the Penguin Playmates DSP which you can only get for a few more weeks as a Sale-a-bration freebie.

I must admit, I only looked briefly at the card, and went with my instincts from there, but you can click on her name above to be directed to her instructions.. I didn't use the measurements as often they are using Letter size cardstock rather than A4. Because of the three panels I decided to use the width of the cardstock and cut it at 6" long because that was easy to divide into thirds.

The base card is Pool Party. The Pattern Party DSP was cut to 1 3/4" x 3 7/8" then diagonally and adhered to the panels. Poppy Parade cardstock was used for the numbers (retired Large Numbers dies) and the balloons which were punched with the (retired) Balloon Bouquet punch. The numbers were embossed with the Ornate Floral 3D embossing folder. 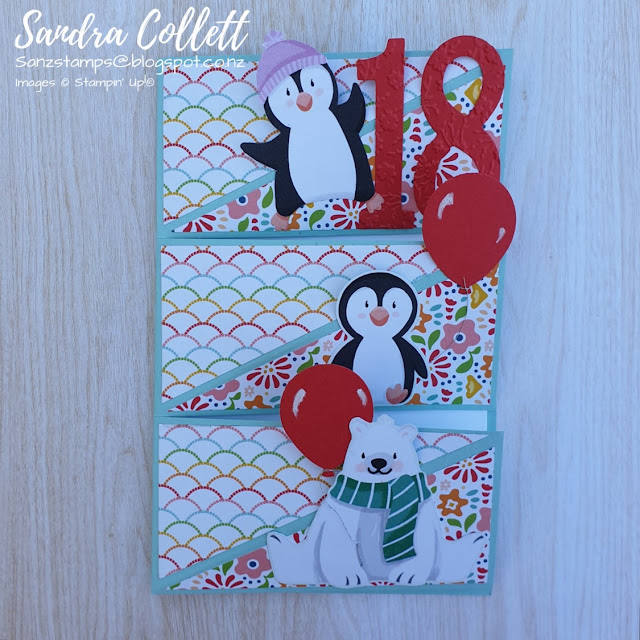 The top penguin and polar bear were fussy cut from the Playful Penguins DSP, with the centre penguin being punched with the Penguin Builder punch from the same DSP. The balloons have had a bit of highlighting added with the Stampin' Chalk Marker. 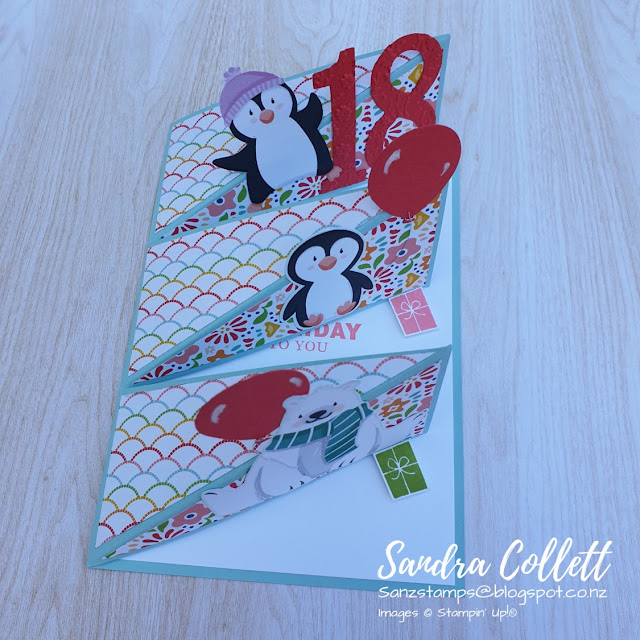 All the pieces were added to the lower half of the panels ensuring no stray adhesive. 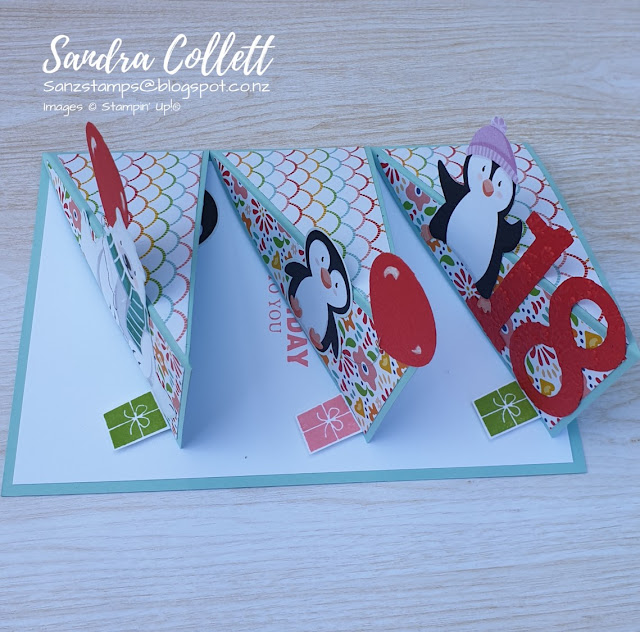 The little parcels were stamped from Penguin Place in Flirty Flamingo and Granny Apple Green, fussy cut and popped in place with Stampin' Dimensionals. This is what creates the pieces for the easels to stay in place. 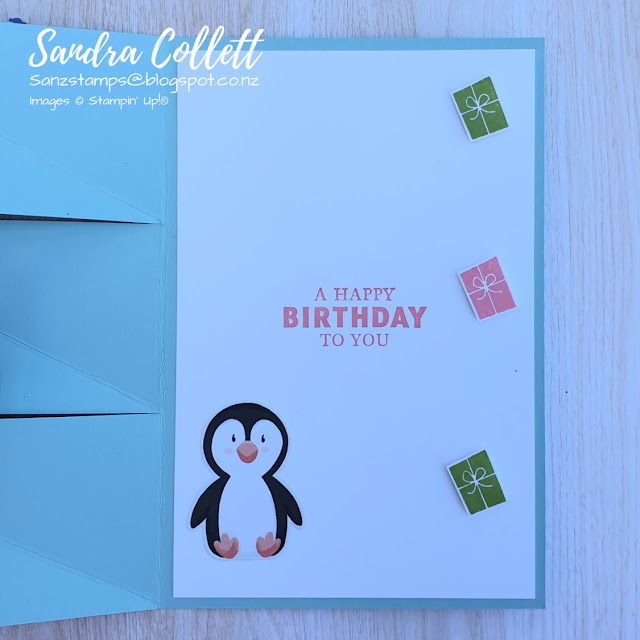 I've added another punched penguin to the inside of the card and a greeting from Handsomely Suited in Flirty Flamingo. 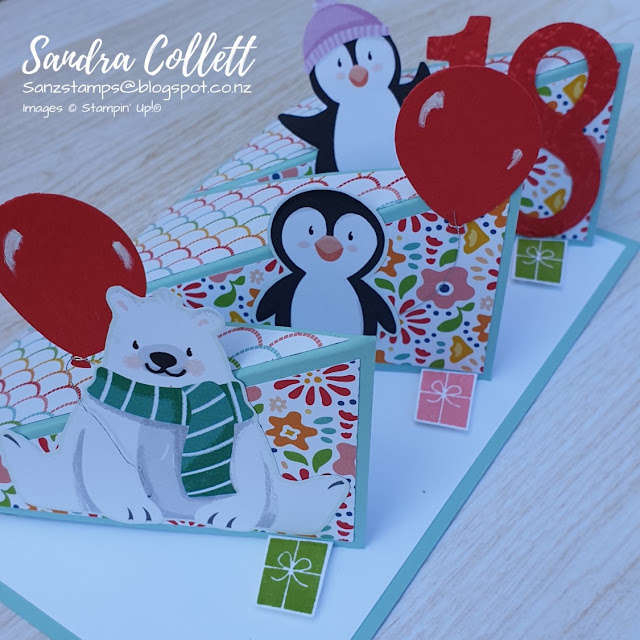 The balloons have some (retired) Silver Metallic Thread tied around the end and the polar beer has had it threaded through the DSP and adhered behind it, with the penguin having the thread attached to the back of it's flipper.

Thanks for stopping by.

CASEing the Catty Join the Challenge